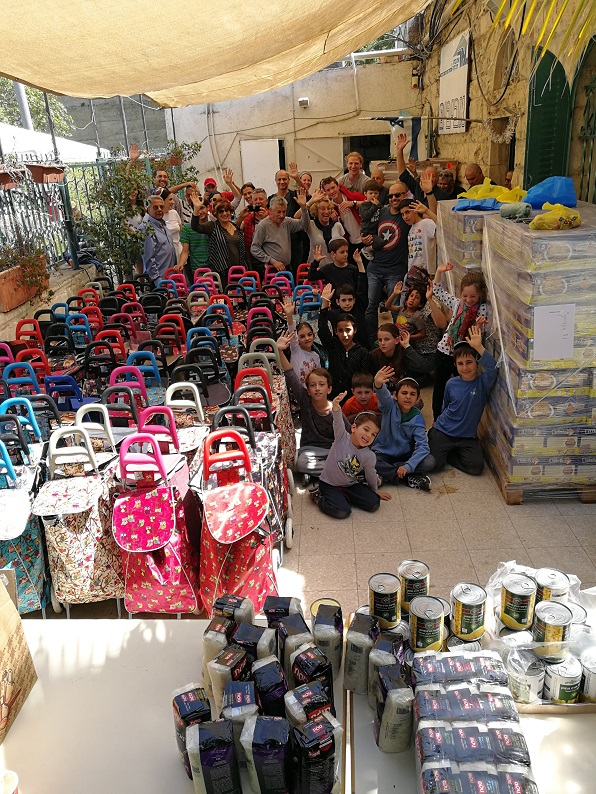 Hanoch Ben-Yehuda, a retired police officer, was among the first volunteers. (photo credit:Courtesy)

At noontime on a sunny winter Thursday, Menashe Bibi and a group of retired policemen are sitting on a ragtag collection of plastic chairs under a palm tree in the Mekor Haim neighborhood of Jerusalem. The morning’s chopping, stirring and washing up is done, and lunch is about to be served. While other groups of men meet at café parliaments to debate the news, these gray-haired men gather five mornings a week to prepare the food for a soup kitchen and social club called Avivim, the Hebrew word that implies springtime burgeoning.

Today’s menu, the volunteers apologize, is a little below par. Earlier in the week, they’ve been expansive in frying fish and roasting chickens, passing out gourmet leftovers to take home in plastic boxes. Today’s entrée is a hot dog stew in a piquant tomato sauce. “The soup is a little Yemenite, and Romanian, and Polish and Kurdish – like us,” says volunteer Yossi Ben-Zikri, who notes that he’s not a police officer but a former employee of the phone company Bezeq.

Inside the rented stone building, eight elderly women are meeting with a life coach. One was once my grown daughter’s nursery-school teacher. Six of the women are widows. One of the others is caring for a sick husband. The eighth is divorced.

The room is lined with computers. They are learning computer skills and Internet awareness. When one of the women admitted she didn’t know how to use a cash machine, that was the week’s empowerment homework.

“I used to be silent and now I can’t stop talking,” says a woman who insists she’s regained her long-lost voice through Avivim.

Although most of the women have been in Israel since childhood, the club offers Hebrew improvement classes and folk dancing.

Not everyone stays. Of the 150 older folks who come through here each week, about 50 sit down for lunch. A few of the women tell me they have food at home, but it’s lonely eating alone. A handful of men are there, too. Oddly, I recognize one, a former music conductor from Russia, now elderly and hard of hearing. He volunteers to play the piano in a hospital every morning. I never knew he came here for lunch.

This remarkable corner of goodness came about 17 years ago when Jerusalemite Bibi, a DVD and video merchant, lost his mother, Rivka, at age 74. He was overwhelmed by regret for the cheerless years she had spent taking care of his father, who suffered from Alzheimer’s disease. If only she’d had a place to go out, make friends, learn new skills, maybe dance a little, her final years would have been different. He took the small inheritance she left him and set up an NGO that sponsors the sort of club he’d wished she’d had. He called it Ahavat Rivka, literally Love of Rebecca.

Hanoch Ben-Yehuda, a retired police officer, was among the first volunteers. Over his career in the police, Ben-Yehuda had patrolled Jerusalem, arrested robbers, and served long in the Jericho police station that oddly looked a lot like the rectangular stone building that houses Avivim.

Constant stress was only relieved by the camaraderie of his fellow police officers, now his fellow volunteers. Making and serving lunch is therapeutic for the former toughies.

“Not only for the police officers who make up most of the volunteers, but for those of us who were hard-nosed in business, this act of volunteering brings out our softer, kinder side,” says Bibi. “Former businessmen who would fight over a few shekels happily give me generous donations.”

Ben-Yehuda didn’t have much experience in cooking, but he loved the kitchen work and the women and men he brought joy to everyday. Today he’s the chief salad maker, a fast and geometric chopper. He recruited the others.

“We learned to cook as we went along. Some of us turned out to have a little more talent than others,” said Ben-Yehuda, a Sabra father of six and grandfather.

For most of the widows at the table, the experience of men cooking and serving them is a role reversal.

Fresh sliced bread goes on the table together with bowls of salad: crisp purple cabbage seasoned with fresh coriander, cukes, tomatoes, peppers and onions, and a variation on eggplant baba ghanoush.

Next, a former policeman wheels out a wagon with steaming bowls. Then comes the rice and the hot-dog stew. Fresh fruit cocktail dotted with strawberries is dessert.

Nearly all the volunteers chip in funds themselves. They get leftover supplies from the nearby Hadaria wedding hall, from the supermarkets of the ever-generous Rami Levy and from food banks. The owner of Duvdevan bakery delivers fresh whole-wheat bread. Bookstore Tzomet Sfarim helps with the rent, and Christians for Peace drops off dry goods.

In addition to the diners, men and women bearing plastic containers come to the kitchen door to take food home.

An octogenarian named Miriam, who used to work in a restaurant in the Mahaneh Yehuda market, comes back to the kitchen to kibitz.

“I taught the men to make kubbeh,” she says of the Kurdistan dough and meatballs.

Then she sighs. “This is the best place in the world. I bet that even if you go around America, you won’t find as much love as you have here.”

The author is a Jerusalem writer and is the Israel director of public relations for Hadassah, the Women’s Zionist Organization of America. The views in her columns are her own.inShare 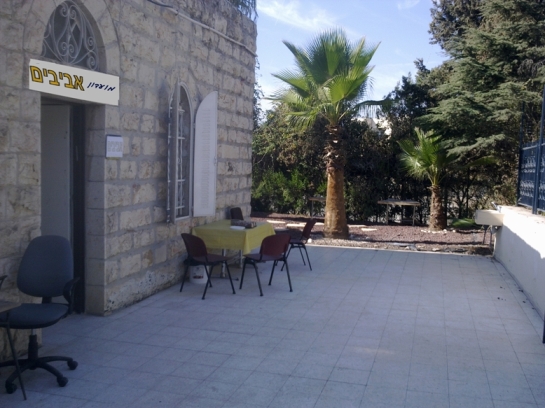 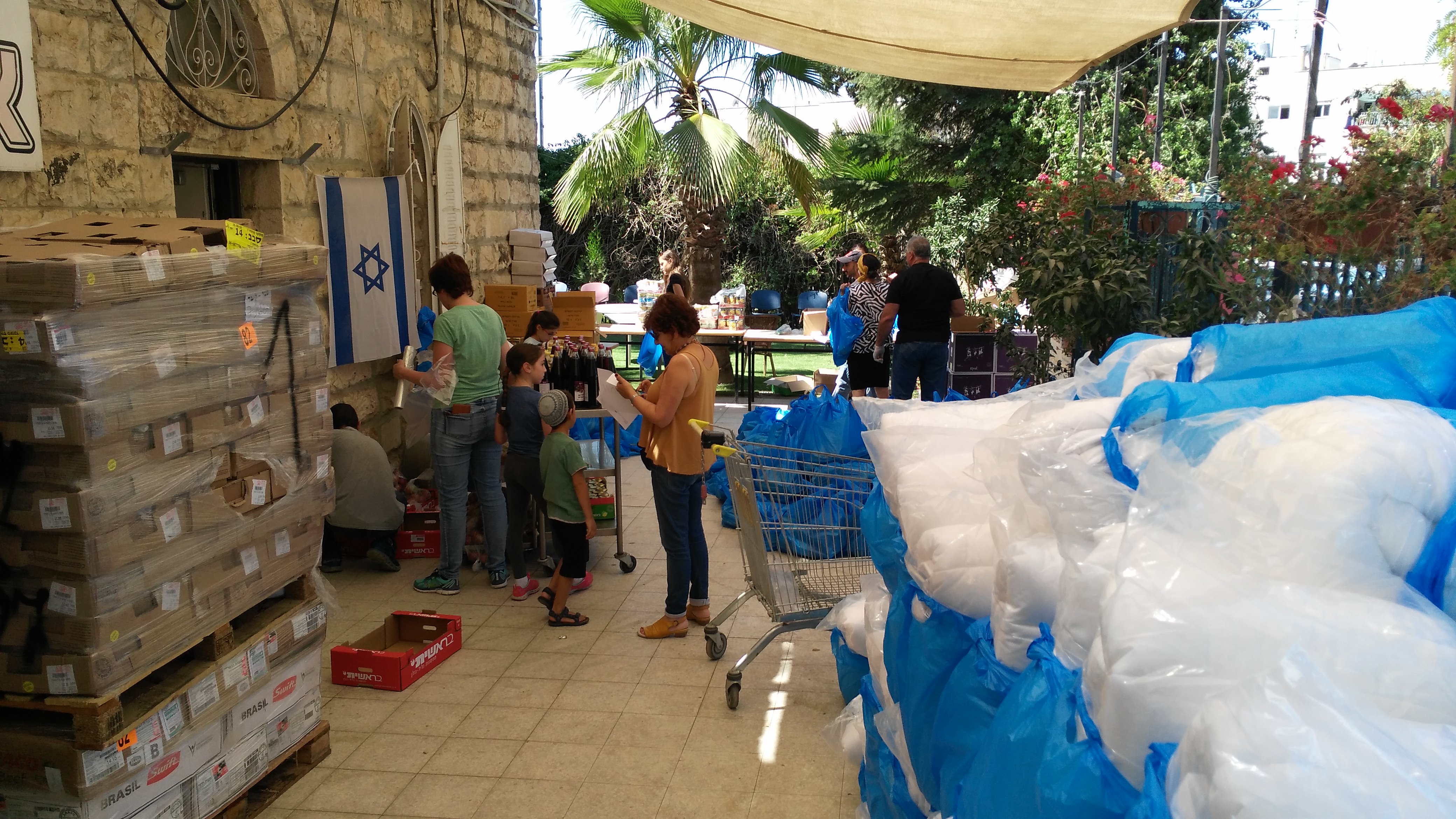 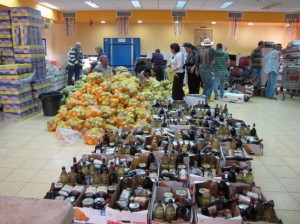 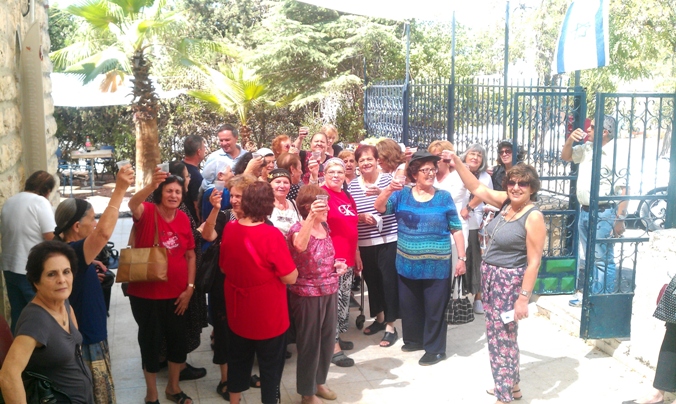 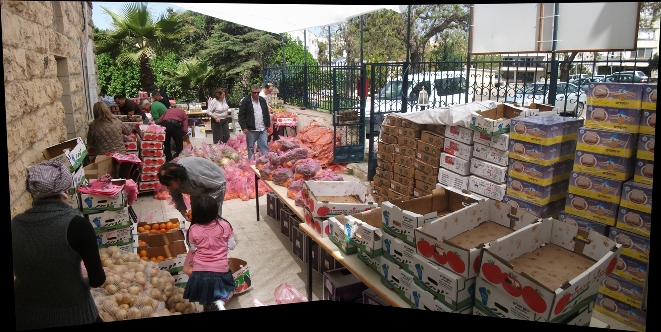 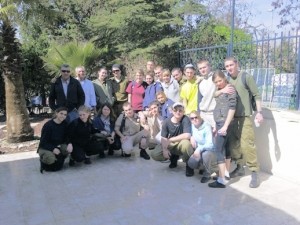 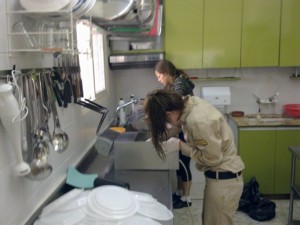 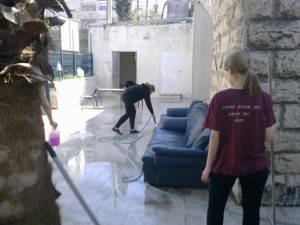 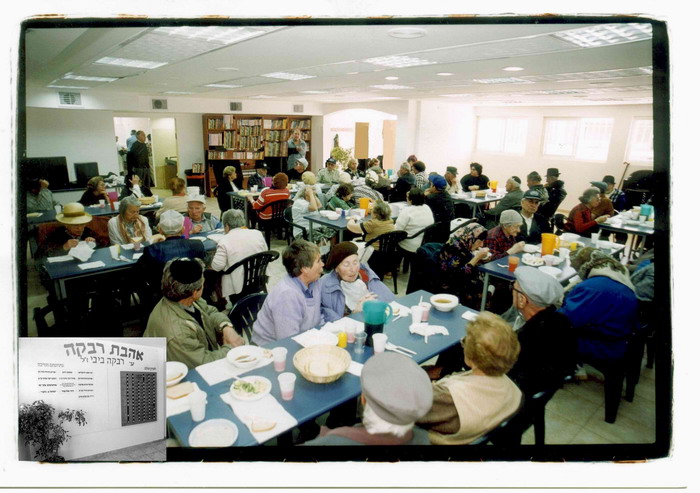